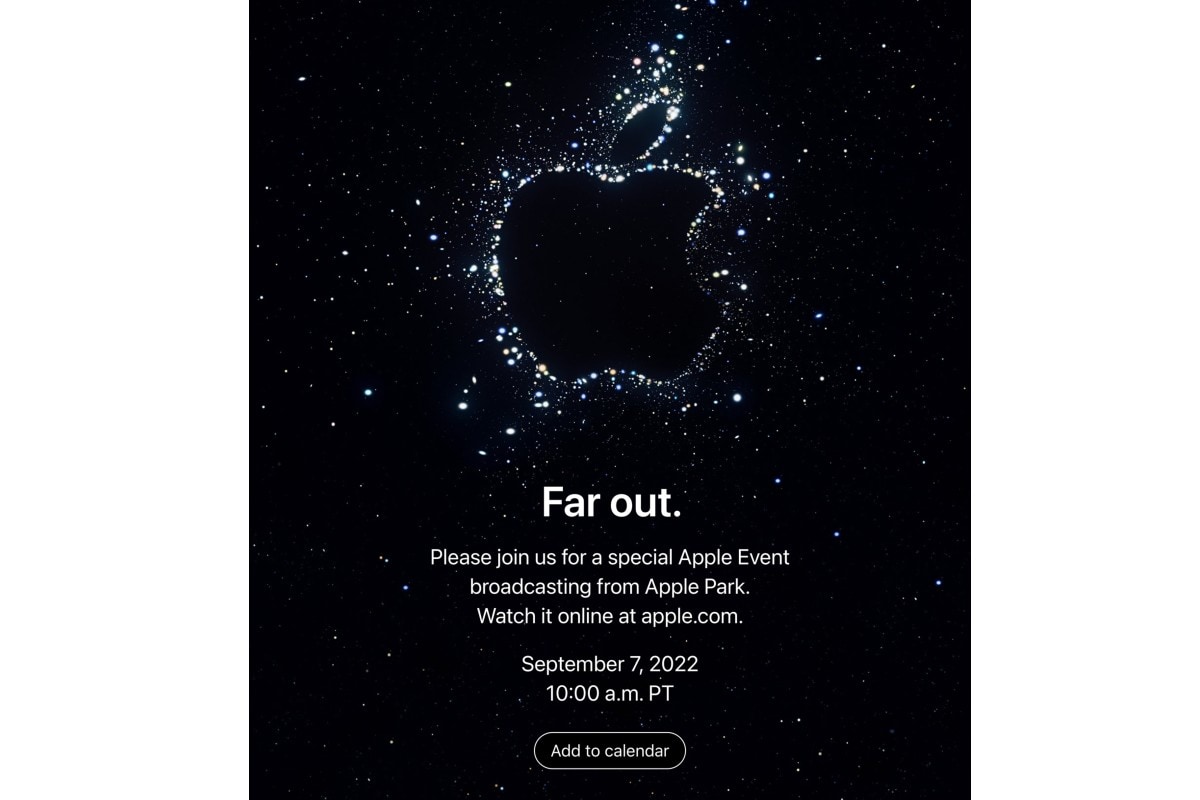 Apple has finally given us a launch date for the iPhone 14 series for next month. Most rumours suggested that Apple will host its next event on Wednesday, September 7 this year, and the official invite proves it right.

The event is going to be hosted virtually yet again this year, and the live recording will be played from the famous Apple Park. Everyone will be able to stream the video from Apple’s event page, or head over to Apple’s YouTube page.

The media invite comes with the message, “ Far out” which could mean anything, but the glitter around the Apple logo hints at new products to be announced at this event. The Apple iPhone 14 series launch event will start from 10:00 AM PT (10:30 PM IST).

Apple iPhone 14 Launch Event In September: What To Expect

Apple is expected to unveil the new iPhone 14 lineup that could have as many as four models, and then it could also show us three new iPad models. You can also expect to see the new Apple Watch Series 8, which is likely to get a new Pro variant this year.

The Apple iPhone 14 and the iPhone 14 Max, on the other hand, are said to get a tweaked version of the Apple A15 Bionic chip from last year. The iPad lineup could comprise of an all-new 10th iPad, the most affordable in the series, along with a new M2-powered iPad Pro version. The event will also give us more details about the iOS 16, watchOS 8 and even the iPadOS 16 version which has been delayed.

Read all the Latest Tech News and Breaking News here