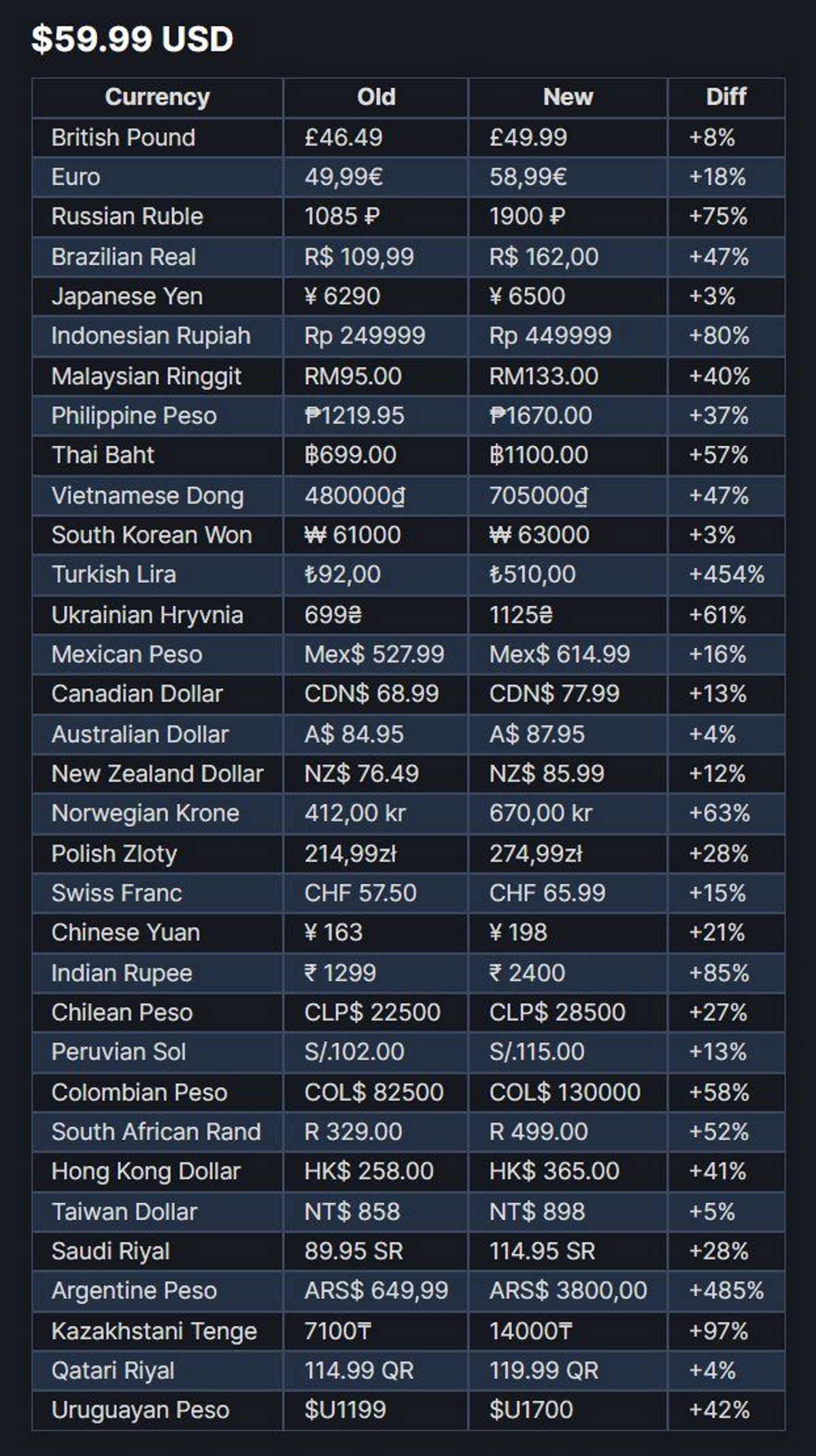 
Steam’s new regional pricing is about to make PC games more expensive in India. Valve has updated its regional pricing tool, setting new, higher costs for all supported currencies outside the US. In India, costs are expected to shoot up by 85 percent, to adjust to the continuously growing inflation, which is now affecting the game distribution industry. For instance, a PC game that was originally selling for Rs. 1,299 will now cost Rs. 2,400 on Steam. Just to be clear, the price increase does not reflect the actual game costs on Steam. Rather, these are recommendations for developers, who have ultimate control over pricing.

“We think it’s a helpful guide, but with purchasing power and foreign exchange rates constantly evolving, we needed to make significant changes to those conversion recommendations to stay current,” Valve said in a blog post. “The new recommendations are now live but as always, developers on Steam are in control of their own pricing.” The new Steam pricing tool is now live, with a tutorial video that guides developers on setting appropriate prices for their games.

Valve specifically notes that there is no “requirement or expectation” to raise prices depending on region, but one could always review its recommendations. That said, the update makes it extremely convenient for PC developers to just accept a quick conversion — via the toolkit — for unfamiliar currencies, and slap it onto their titles, which as stated above, are higher.

It has been a while since Valve updated regional pricing suggestions, though in a recent developer-focused documentation, the company stated that it will regularly update the suggestions, as means to try and stop customers from simply swapping regions to snag a better deal.

“All of these factors have driven us towards the commitment to refresh these price suggestions on a much more regular cadence so that we’re keeping pace with economic changes over time,” it reads. This new, updated Steam pricing toolkit would be the first of those measures, albeit it’s not a straightforward method. Price increases generate a 28-day cooldown on discounting for all regions, “even if you are just increasing the price in a single currency.”

These recommendations will also take effect on Valve’s own games, such as the Half-Life and Counter-Strike series.