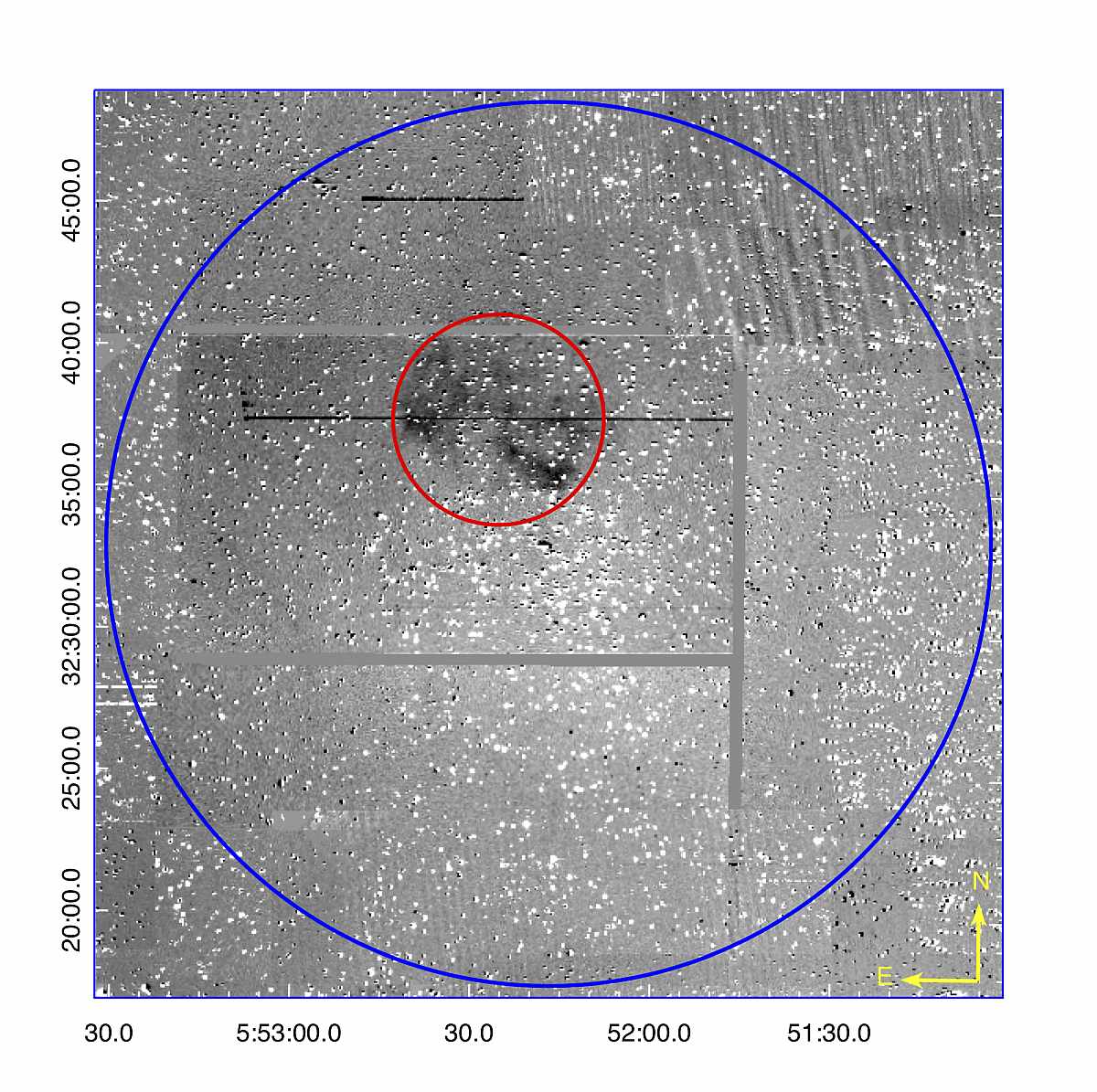 Astronomers have found the oldest visible planetary nebula (PN) inside a 500-million-year-old galactic open cluster (OC). The rare celestial jewel has been discovered inside a cluster called M37 and is believed to be of high astrophysical value. Planetary nebulas (PNe) are glowing shrouds ejected from dying stars that shine with distinct colours and shapes offering a spectacular sight for astronomers. The discovery was made by a team of researchers from the University of Hong Kong. They found that the PN had a kinematic age of 70,000 years.

The recently spotted PN, named IPHASX J055226.2+323724, is just the third planetary nebula out of the total ~4,000 PNe known in our galaxy that shows an association between a PN and an OC. In addition, it is said to be the oldest PN discovered by astronomers to date.

They estimated the age by analysing how fast the nebula was expanding as determined by PN emission lines. They also assumed that the speed has remained effectively the same since the beginning and is the time elapsed since the nebular shell was first ejected by the dying star.

While the planetary nebula is quite old, it is still a blink of an eye in terms of the original star which is hundreds of millions of years old. The researchers state that the “grand old dame” lives in a stellar cluster whose environment allowed the team to determine powerful additional parameters that are not possible for the general galactic PN population.

These parameters include estimating the mass of the progenitor star of the PN when it turned off the stellar main sequence. The researchers can also estimate the residual mass of the central star from which the PNe were ejected via theoretical isochrones and observed the properties of the hot, blue central star.

Using this method, the team determined the size of the star that ejected the PN gaseous shell when it was born as well as its residual mass.

“I am so excited to be able to work on these fascinating rare cases of OC-PN associations because they keep turning up important science results, like all three cases we have found are butterfly (bi-polar) PN in terms of shape, all are very faint and highly evolved, and all have Type-I chemistry according to their emission lines, and of course, all have intermediate to high progenitor masses,” said former HKU PhD student Dr Vasiliki FRAGKOU. She is also the first author of the study published in Astrophysical Journal Letters.

Apple Watch Pro Tipped to Be Incompatible With Older Straps, New Bands Said to be Wider: All Details