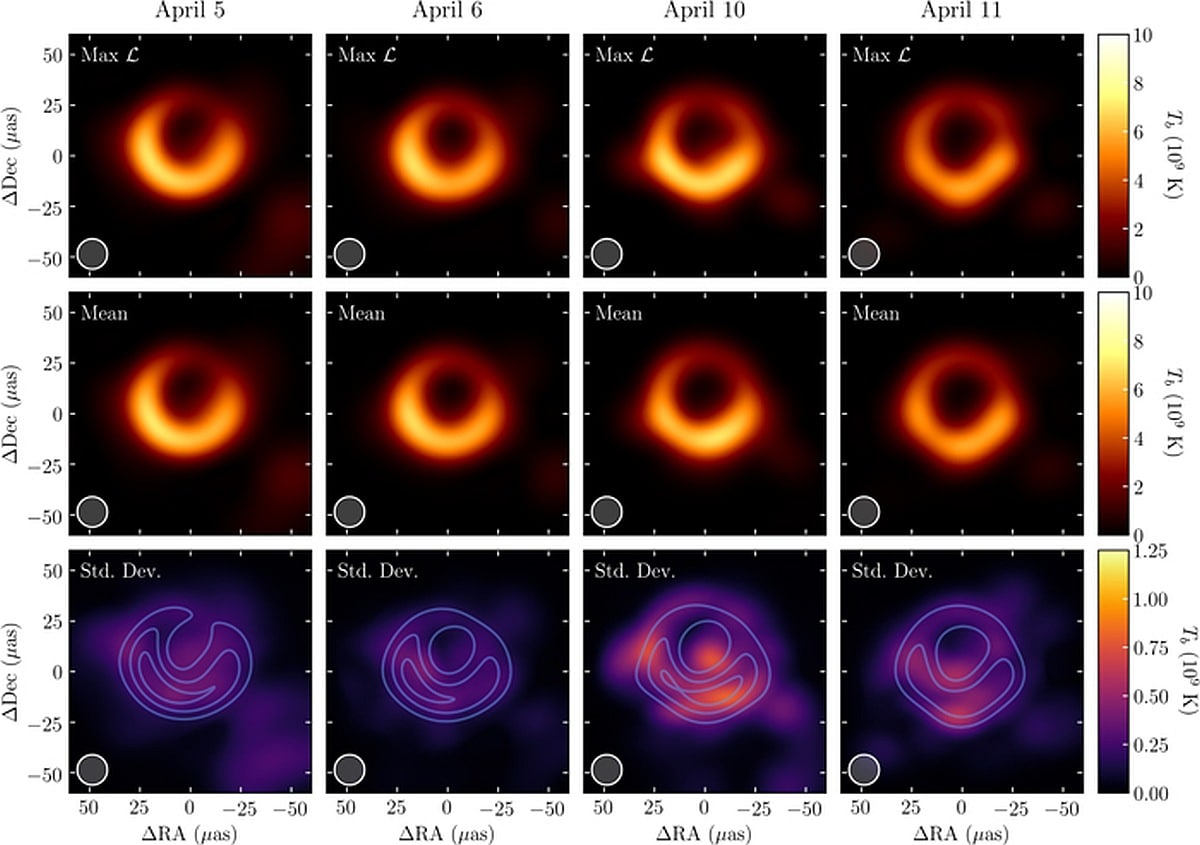 The first-ever picture of a black hole was captured using the Event Horizon Telescope (EHT) in 2019. Located at the centre of the Messier 87 (M87) galaxy, the black hole was seen with gas swirling around it and other features that were theoretically predicted by astronomers. While the photo was hailed as historic, it was quite blurry and did not offer intricate details of the black hole. Now, astronomers have remastered the image to reveal the black hole’s photon ring that could not be seen earlier.

The black hole in the M87 galaxy has received light from nearby gas, which also includes radio light. When a beam of light passes close to the black hole, it tends to change its direction due to the warping of spacetime. This deflection of light has been seen with stars and galaxies but, in the case of a black hole, the bending of light is more significant.

While the light passes near a black hole in all directions, only the ones that are focused on us are visible. Astronomers have observed that black holes can act as a strong lens and can focus light in our direction. Going by this theory, we should see a thin circle of light known as a photo ring when the light is directed towards us.

In the new study, the team realized that the EHT data actually has two photos in it
Photo Credit: Broderick et al.

But, in the landmark photo, this photon ring wasn’t visible. This could be because of the material that obstructs the path of light. The light tends to scatter when it passes through regions of cold gas and this result in a blurry picture.

In the new study, the team realized that the EHT data actually has two photos in it. One is the photon ring and the other is the blurry glow of the surrounding region. They used an algorithm to peel the layers of the image and revealed the photon ring.

The new observations have been published in a paper in The Astrophysical Journal.