After spending a little over a week with the Samsung Galaxy Z Flip 4, I can confirm that indeed, it still has a camera. I joke, but the truth is that that’s how I think about it. If I was making a smartphone where the camera had to be passable as good and nothing more, I’d end up with the dual 12MP sensors that are on the Galaxy Z Flip 4.

That brings us to the other practical reason for having a mainstream camera sensor. There just isn’t a lot of space. Unfolded, the Galaxy Z Flip 4 is 6.9mm thin, which doesn’t leave a lot of room for Z-depth. A company could go the opposite way and make a large camera bump, but again, this is a lifestyle device that’s designed around the idea of being compact. And besides, it’s already 15.9mm thick when it’s folded. There’s also less space internally because being a foldable, it’s divided into two parts. Frankly, it’s a compromise of the form factor, and if you’re only looking at this form factor for the novelty of it, it’s probably not for you.

The main 12MP f/1.8 sensor is larger than the one on the Samsung Galazy Z Flip 3 though, so you get 1.8μm pixels instead of 1.4μm pixels. That means better low-light performance.

There are three main modes in the camera app: portrait, photo, and video. As usual, there’s a ‘More’ button that takes you to Pro, Pro Video, Single Take, Night, Food, Panorama, Super Slow-Mo, Slow Motion, Hyperlapse, Portrait Video, and Director’s View. Some of them, like Night mode, will be automatically suggested when taking pictures. Others, like Slow Motion and Super Sl0-Mo, aren’t meant to be commonly used, and you can turn them on when you want them.

There are four ways of taking a selfie on the Galaxy Z Flip 4. You can do it in Portrait mode or Photo mode, and you can choose to use the front camera when the device is unfolded, or the rear camera and the cover screen when it’s folded. You can also fold the device at a 90-degree angle, known as flex mode, with the viewfinder only taking up the top half of the screen.

There are things that I like and don’t like about the cover screen selfie feature. I like how easy it is to use, not having to open the phone to take a selfie. Another thing that’s really neat is that you can take a selfie with the ultra-wide lens, so if you have a group of people, you get a better picture out of the rear camera.

Of course, the main sensor is better than the front camera as well. To be nostalgic for a moment, it reminds me of a feature that Samsung used to include called Rear-cam selfie. When it was turned on, you’d point the camera at yourself, and it would signal that it recognized your face in the photo and take the picture. This feature debuted years ago when front cameras weren’t very good. 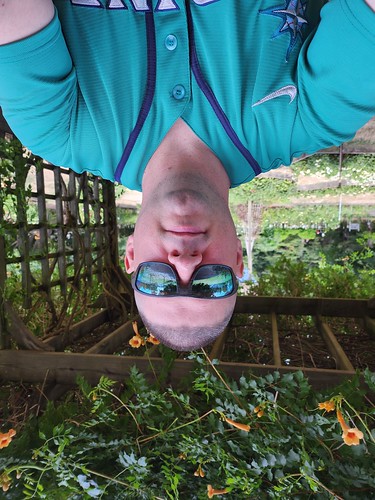 It’s a pain point because you generally want the lens to be on top when taking a picture; that’s what’s going to feel natural and give you the best camera angle. I call it a bug though, because if you launch the camera with the lenses on the bottom, and then simply turn it over, the picture is properly oriented.

When you go to take the picture, you can tap the screen or hit the volume key. The volume key is going to feel more natural. Tapping the screen doesn’t really work because you already have the phone in the other hand. It’s also faster to use the volume key.

One thing that will throw you off is that when the screen is horizontal, you’ll get a vertical photo or video, and vice versa. This is by design; remember, the main screen is a different orientation when the device is unfolded. While it takes a little while to get used to, there’s one upside to this. If you turn the phone sideways for a horizontal photo, you just have to put yourself in the narrow, vertical viewfinder to be perfectly centered in your selfie. 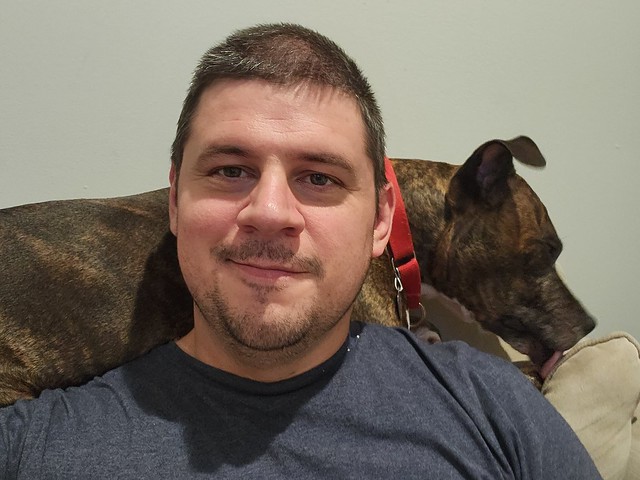 For all of the pictures I took with the cover screen selfie, I tried to reproduce them with the front camera, just in case you want to compare them. The front camera is 10MP f/2.4, which is fine for a selfie camera. It supports Night mode, so it can get that boost of light when it needs it for a better picture.

The rear camera is much improved

Let’s break this down a bit. A camera sensor can see a certain amount; that’s its field of view. If you pinch to zoom in, you’re just shaving off pixels, and the phone might try to use software to compensate. But essentially, digital zoom is just sacrificing quality. There are two ways around this, and the best smartphone cameras use both of them.

One is a high-resolution sensor. If you have a 50MP camera, you can use a fifth of the pixels and still have quality that exceeds 4K. The other is to use a telephoto lens, which is essentially a sensor that still has a higher resolution, but has a smaller field of view. These sensors tend to be worse in low-light situations because everything is just smaller. But if you can combine those two things, you can pull off some solid zoom.

The Samsung Galaxy Z Flip 4 isn’t doing any of that. I’m not criticizing it, but it’s something that the user needs to be aware of. Digital zoom goes up to 10x, and the quality at that zoom is not good. 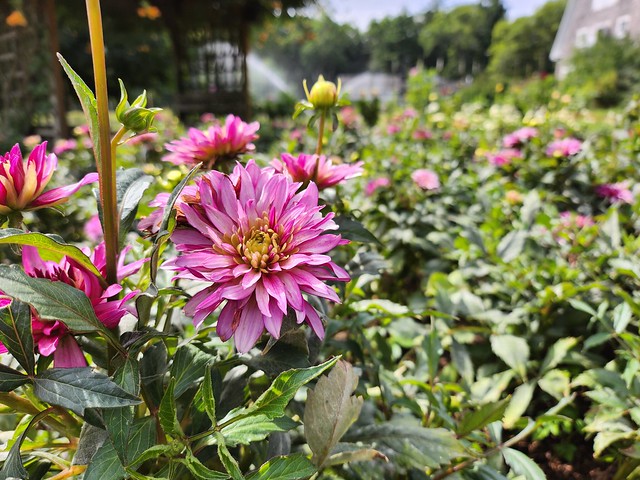 The camera itself is good though. Low light performance is fine, and if it thinks it won’t be, it will suggest that you turn on Night mode, which gives it an extra couple of seconds to allow in more light.

The reason I talk so much about zoom though is that this is a key feature that you’re sacrificing to get the form factor. Even an iPhone 13 Pro has a 3x zoom lens, and the Galaxy Z Flip 4 is clearly priced to be on par with it. The same goes for the standard Galaxy S22 and S22 Plus. Like I keep saying, this is a lifestyle device. You have to want that for this to make any sense at all.

Finally, I did take a clip using Super Slo-Mo, which is 960fps. It’s not a new feature, and there wasn’t much reason to do it, other than being at a baseball game.

Like I said right from the beginning, the camera is fine. It gets the job done, and you’ll have a blast taking pics with your friends, whether it’s group photos, selfies, or something else. It is what one would consider balanced: enough versatility and function to serve your prime needs. But clearly, there isn’t enough here to keep a camera enthusiast hooked, whether it is with its versatility or quality. There just happen to be better camera phones out there, and that’s okay.

The Galaxy Z Flip 4 brings a few welcome improvements that make it a great device while retaining everything that keeps it special and crucially, retaining the same price. If you’re looking for a new phone that’s unique and special, the Galaxy Z Flip 4 is the phone to consider! And we have an exclusive deal for XDA readers! Pre-order a Galaxy Z Fold 4 or Galaxy Z Flip 4, and get up to $200 worth of extra benefits by clicking the button below!

It’s all about what your priorities are. The key selling point of the Samsung Galaxy Z Flip 4 is that it’s compact. The footprint is small, so it can fit into small bags and pockets. So if you want a folding phone that is compact, and then you are wondering if it has a good, usable camera, the short answer is that the Samsung Galaxy Z Flip 4 does have one. But if you want a phone that has the best camera setup around, you would need to look elsewhere.

If you’re planning to pick up this phone, do check out the best Galaxy Z Flip 4 deals before you make a purchase. And if you have already picked one up, grab a good case and let us know what your experience has been with the device so far!