The differences are so subtle this time around that you might be wondering whether it’s worth upgrading to the new Galaxy Z Flip 4 from the previous generation phone to save some money. Well, let’s take a quick look at the Galaxy Z Flip 4 vs Galaxy Z Flip 3 matchup to find out which foldable smartphone you should purchase in 2022.

Let’s take a quick look a the specifications table to find out what each of these clamshell foldables bring to the table:

The Galaxy Z Flip 4 has a slightly smaller footprint overall, but they’re mostly just numbers on the specs sheet when you look at the dimensions. You can’t really tell the difference between the two in the real world. And just like the predecessor, the Galaxy Z Flip 4 also comes with a glossy frame and frosted glass back. Both phones also carry the same IPX8 rating for water resistance, and they don’t have a 3.5mm headphone jack or a microSD card slot either. As for the displays, you once again get two panels on the Galaxy Z Flip 4. The outer cover display is a 1.9-inch Super AMOLED panel with a resolution of 512 x 260. It’s identical to the one seen on the last year’s model but is now protected with Gorilla Glass Victus Plus instead of just the Gorilla Glass Victus. The interior foldable display is also the same as last year, measuring 6.7-inch. It supports up to a 120Hz refresh rate and a maximum resolution of 2640 x 1080 pixels. You probably won’t notice the difference in performance between the Galaxy Z Flip 4 and the Galaxy Z Flip 3 when it comes to day-to-day usage, but the Snapdragon 8 Plus Gen 1 is sure to deliver more power to push through everything. You get 8GB of RAM on both phones, but the Galaxy Z Flip 4 can be purchased with up to 512GB of internal storage. That’s a good improvement because the Galaxy Z Flip 3 topped at 256GB. The base variant of both smartphones, however, comes with 128GB of storage with no option to add more via a microSD card slot. We recommend picking up at least the 256GB variant if you are a heavy user who’d install a lot of applications or record a lot of videos.

Samsung hasn’t really changed much when it comes to optics. You get the same dual camera setup which includes a 12MP main camera and a 12MP ultrawide camera. The main sensor is slightly bigger now, meaning it can let in more light for slightly better photos in low-light conditions. The selfie camera also remains the same, meaning you get a 10MP selfie shooter. Both phones can capture 4K HDR videos at up to 60fps, so no differences there either.

We haven’t had a chance to capture the same set of photos from both phones for a side-by-side comparison. However, we’ll leave some camera samples captured using both phones below for you to check out. Let us know what you think of the samples in the comments below. 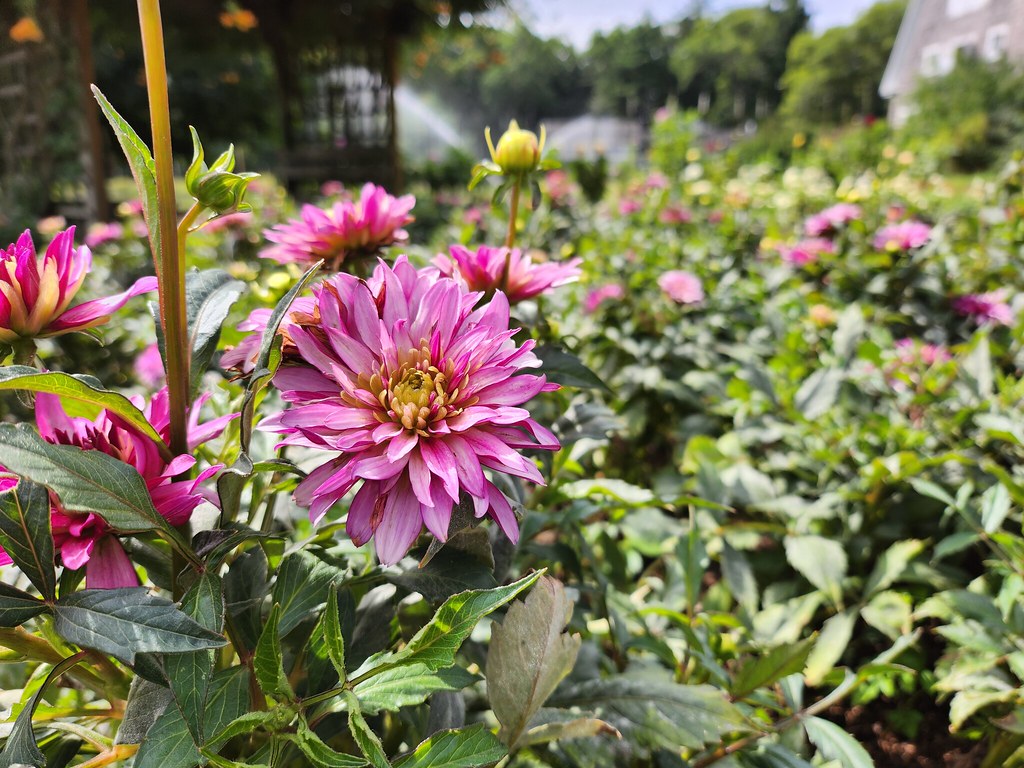 If you read through the whole thing, then you probably already know that the Galaxy Z Flip 4 is only a marginal upgrade over the last year’s clamshell phone. But the minor improvements really come together to deliver a solid experience overall. The Galaxy Z Flip 4 may not be the perfect smartphone for everyone, but it is — without a doubt — one of the best foldable devices you can buy in 2022.

The Galaxy Z Flip 3 is still a great alternative for those who don’t want to spend $1,000 on a smartphone. You can now pick up the last year’s clamshell for $899 or lower depending on where you buy it from. It’s still a fantastic phone if you can live with its mediocre battery life. All things considered, we think the Galaxy Z Flip 4 is the one to buy in 2022 unless you’re getting an excellent deal on the Galaxy Z Flip 3. If you’re looking for a new phone that’s unique and special, the Galaxy Z Flip 4 is the phone to consider! And we have an exclusive deal for XDA readers! Buy a Galaxy Z Flip 4 using the link below, and get up to $50 worth of extra benefits!

The Galaxy Z Flip 3 may not be as good as the new Galaxy Z Flip 4, but it’s the first foldable that felt like it was made for the mainstream market.

Be sure to stop by our best Galaxy Z Flip 4 deals page if you’re interested in buying this phone. And if you’ve already purchased it, then consider buying one of the best cases to protect it from accidental drops and bumps.